On The Saddest Day: How An Act of Kindness Exceeded My Expectations

Home/Blog Posts/On The Saddest Day: How An Act of Kindness Exceeded My Expectations 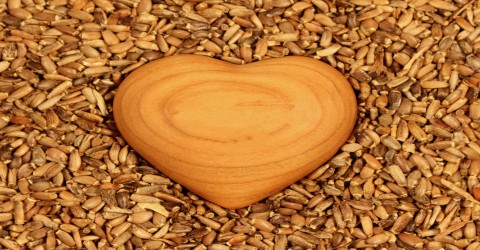 A couple of months ago, our family dog died unexpectedly.

Cheery way to begin a blog post, right? But it’s true. He collided with another dog in a freak accident at our local dog park. The hit instantly severed his spine, although I didn’t realize it at the time. It was a horrible thing to witness.

We’d only had our dog, Scooby, for a little over a year before the accident happened. He was a stray when we adopted him into our family. He was a Whippet, a Greyhound breed. And he was fast as lightning. Our youngest child named him. Our oldest child carried him around as if he was NOT the most awkward, gangly dog. We were reluctant dog owners at first, but eventually, he won us over with his happy go lucky personality. We loved watching him on the couch, slowly inching his way closer to one of us so he could snuggle, or the way he would scamper through the snow in winter. He was a good dog and he made us smile. Yes, we were in it for the long haul.

The accident is still very much a blur in my memory.

I remember racing out of the dog park and driving home to get my wallet with Scooby writhing in pain in the back seat. My daughters were watching TV. When I told them he was injured they dropped everything and came with me. The vet is only two miles away but it was a very long drive.

The staff sedated him and laid him on a stretcher for x-rays. The images were horrific. His spine had been completely severed. The vet gave us our options about treatment. Rigorous, painful, no guarantees he’ll walk again. And then he said, “Or, you could let him go today, which would be a very humane decision.”

We were heartbroken. They handed us boxes of tissues as I comforted my girls and wrestled with having to make this heartbreaking decision. I called my husband, who was out of town, and together we agreed. I signed the paperwork and then they gave us a few minutes to say our goodbyes to our beloved Scooby.

The vet and the assistant who treated Scooby were wonderful. Clinically expert, but also very kind and compassionate. But honestly, I wasn’t expecting anything different. They have a great reputation and have always treated us and our dog well.

What I didn’t expect was what happened next. Every thirty seconds or so the door opened and another staff member came in.
There was the older woman from the boarding kennels.
And the young woman who had taken Scooby for walks when we were out of town.
And the young man who always gave Scooby his baths and his flea treatment.
And the head veterinarian, who had given Scooby his shots.
And the one woman who was soaking wet and wearing a wetsuit. She had taught Scooby how to swim in their “aqua therapy” program and, when she learned of his injury, promptly left her session to come say goodbye to a faithful student.

Their kindness was overwhelming. My family had always joked about how pampered he was when he was boarded – and it turns out we were right. Each one of them filed into that tiny exam room and stood near Scooby. They all gave him a few pats on the head and said a good-bye. But not before sharing a quick story about how much they enjoyed spending time with him. This team of animal care professionals showed up when Scooby needed them and to our great surprise, they showed up when we needed them, too.

How The Care Team Exceeded My Expectations

My story could end there and I could make some connection to healthcare and talk about empathy and compassion. But I believe doctors and nurses and others in healthcare are already incredibly compassionate toward patients and families, particularly when the outcome for a patient is death.

The real epiphany here is what happened next. About three weeks after the accident, a card arrived in the mail from the vet’s office. It was signed by every member of their team. Not rubber-stamped with pre-printed signatures. These were real and they mentioned our dog by name. Along with the card was a small piece of paper with an inked paw print and a message.

Apparently, on that day the staff had asked me if I wanted a paw print to remember him by. I have no recollection of this but must have shaken my head no. But there was one care team member who saw how much we were hurting and was empowered to take matters into her own hands. She wanted to be sure we had something to remember him by and so she made an imprint of his paw for us before he passed, just in case.

It touched my heart. And when I showed the note and his paw print to my husband and our girls, we cried all over again. This time the tears were bittersweet because, of course, we missed our dog. But we were incredibly touched by the extraordinary compassion in this little act of kindness. What we realized that day is that while this team cared for our dog, they also cared for his family too.

We all have the ability to go the extra mile and reach an extra inch higher, right? Sometimes it happens and sometimes it doesn’t. The trick is to hardwire these “extra inches of compassion” so they don’t just happen randomly but instead become part of how you do business. I honestly have no idea if this vet’s office does this for every customer, but I can tell you they’ve been around for more than 50 years and they get rave reviews in the community so they must be doing something right. My guess is it’s because they strive to treat their customers (human and non-human) as if they were their only customers. And for that, I’m forever grateful.