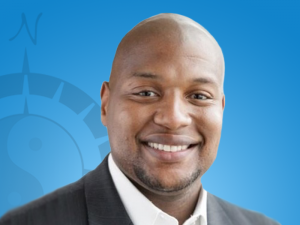 After a long work week, Friday evening is typically the time when many professionals are happy to leave work in the office and head home to a little rest and relaxation, or a night of fun with family and friends.

It is NOT the time to be confronted with needing a tow truck because your vehicle is no longer functional and won’t start. And yet, that’s just what happened to me recently. I confess I had all the preconceived notions of what it would be like to have my car towed and it was definitely not something I was looking forward to. But I admit that when it was over, I was pleasantly surprised at how the tow truck driver did some of the very same things we teach to hospitals and healthcare systems all across the country to do so they can create better customer experiences.

I made my request with the tow truck company and waited with great anticipation to be thoroughly disappointed with my own preconceived expectations of the stereotypical persona of a tow truck driver. My cell phone rang and it was the person who was assigned to pick me up. I answered to a pleasant voice asking “Hello, is this Mr. Johnson?”  I confirmed and he continued, “Man, I was wracking my brain on how to say your name so I wasn’t going to even try it.  How do you say it?  As I know how much is in a name and I want to get yours right.”

Immediately, my defenses came down bit by bit as he communicated how long it would take for him to arrive.

I was shocked when he said it would take him less than 30 minutes, especially on a Friday during rush hour traffic. However, after I waited another 20 minutes he called me back stating he would arrive in the next 5 minutes. Because I was in a professional multi-office building parking lot, he offered to stay on the phone with me until we found each other.

Calling me by my name (and asking me to help him pronounce my first name) as well as talking to me as he was on his way are two great examples of a technique we call Caring Out Loud®. He basically narrated what he was doing as he was doing it to help alleviate any confusion on my part.

The driver arrived and after telling him about what was happening with my vehicle, he considered what could be wrong and told me he was 98% certain that it was the alternator. I am not super car-savvy so I am not sure if he noticed the look on my face and the expression of dollars quickly adding up, but he then mentioned that most of his customers try to look up the cost. He was fairly confident, however, that the expense to get my vehicle fixed would be reasonably low. I had already anticipated the worst of needing to possibly replace the vehicle or having to pay an exorbitant cost to get it repaired.

I appreciated him taking the proactive steps to address my concerns and reduce some of my anxiety.

Connecting on the Human

My vehicle was loaded onto the flatbed of the tow truck and I knew I still had to make the uncomfortable ride with a stranger to the repair shop. 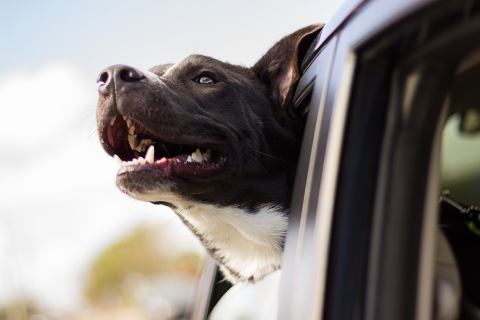 When we got into the tow truck, he calculated approximately how much it would cost based on his flat fee and travel costs to the repair shop so that the bill wouldn’t surprise me later (another great example of Proactive Anticipation and Caring Out Loud). Once we started on our way, we struck up a conversation about our families and our rescue dogs that our families had, coincidentally, recently adopted.

Having such good conversation made the time of the trip seem to go much faster and helped to make it a good experience for me. I let him know how much I appreciated his friendliness and he shared with me that whenever he is called out to a tow job, he thinks about his wife and how much something like this would stress her out. So, he makes it a point to treat others as he would hope that someone would treat her if she was in the same predicament.

Can you believe after that, I gave the guy a bro hug and thanked him for all of his help!

How This Relates To Healthcare

One of the biggest rebuttals we get from clients about making improvements to service excellence is that most people that come to the hospital do not want to be there. I certainly did not wake up on Friday morning hoping I would find myself stranded with a broken down vehicle! Just because an event is unexpected, does not mean that I should be treated with any less courtesy or respect than someone with a scheduled trip to the repair shop.

The same applies to healthcare in treating patients. Just as the tow truck driver thinks about his wife when going out on calls, at ILS we teach our clients to picture a loved one in the hospital bed and care for their patients like they would want someone to care for their mother, sister, uncle or cousin. What would they want? How would they want to be treated?

The tow truck driver could have easily done his job by simply showing up, whether on time or not, and safely transported my vehicle to the repair shop and charged his fee. However, he absolutely exceeded my expectations, made a human connection, and cared enough that I had a great experience in the middle of an unfortunate circumstance.

By doing these types of things in the healthcare setting, you can start to transform the culture and create an experience your patients will be glad to share on Yelp, Facebook, or Google to give you a glowing review.