Why A Free Turkey Dinner Might Not Be A Good Thing 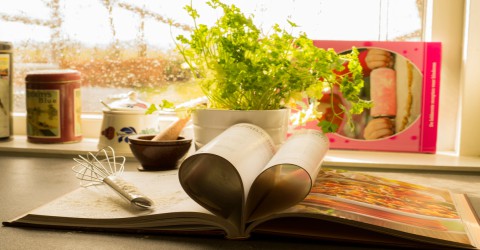 I have an old book filled with recipes handed down through the generations. On page 112 there’s a recipe for apple pie. Page 53 shows a recipe for chicken cacciatore. Page 61 is beef stew. And the dog-eared recipe on page 24 is for a family favorite: Irish bread. This recipe book is my go-to for menus especially around the holidays when I want to make something special for my family and friends.

But the recipes don’t include what most of us think of as the obvious items: pots, pans, cooking utensils, and of course, a stove or an oven. Those things are assumed because surely everyone has one, right?

Last week, just before Thanksgiving, I volunteered to help distribute ready-to-cook turkey dinners to those in need in my community. I was humbled to participate in a day of giving and I was eager to hand out these partially-thawed turkeys complete with boxes and cans of all the trimmings.

Until one woman changed my perspective. She was very appreciative of the gift, but when her face crinkled around the edges I knew something wasn’t quite right.

What Do You Need To Cook A Turkey?

I asked if her package was missing anything. Did I forget to put in the stuffing? Or the gravy?

“No,” she said. “It’s not anything like that – it’s just that – I know how to cook, but I don’t really have all the pots and pans I’ll need to make all this food. My oven doesn’t always work right. And I surely don’t have a roasting pan big enough to cook this turkey.”

It had never occurred to me (or to the organization I worked with) to ask the people we were helping to tell us what would help them the most. We all just assumed. I was embarrassed at this innocent, but totally avoidable, mistake. I can imagine the woman was simply trying to provide a nice Thanksgiving dinner for her family. Did we make her situation worse by making her feel as though she couldn’t even do that?

That experience reminded me of a lesson or practice that our team shares with others. Everyone knows what the Golden Rule is: Treat Others As You Would Like To Be Treated. It’s nice and it’s a good way to live your life, but sometimes it’s not quite enough.

The Platinum Rule does one important thing that the Golden Rule doesn’t: it flips the focus away from me and what would work best for me and allows me to see things from another person’s point of view.

In healthcare, this can be something as simple as the name we call patients. Instead of taking the cue from the electronic medical record, take a moment to ask the patient what name they prefer to be called. And then use it and record it someplace where every care team member will see it and use it, too.

For example, the whiteboard at the nurse’s station might say the patient down the hall is “Room 205 – Russell – heart valve replacement”

The EMR might say the patient is “Edward J. Russell in room 205.”

Both of these are correct, but imagine if someone took the time to proactively ask the patient which name they prefer to be called. We might discover the patient is a football coach and he prefers to be called Coach Eddie.

There’s nothing wrong, of course, with calling the patient by the name on the EMR. But if the goal is to create an exceptional patient experience ~ always ~ why not take it one step further and personalize the care in a way that flips the focus back to the way the patient wishes to be treated?

I’ll bet Coach Eddie would feel well cared for if everyone on his care team called him “Coach” rather than Mr. Russell.

When I left the food bank last week, I made a point to tell the director about the woman I had encountered and I shared her very valid concerns. The director was just as surprised as I was. She simply hadn’t considered that this would be a dilemma for some people. She assured me that going forward they would consider offering either pre-cooked meals or disposable roasting pans, etc. so those in need have the tools they need to prepare the food offered.

By following the Platinum Rule and treating people as they wish to be treated, we begin to move toward more personalized, customized care that not only meets expectations but exceeds them as well. To me, that’s a recipe for success.