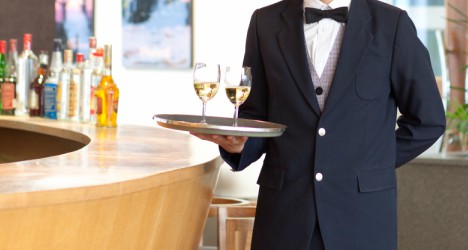 After nearly 20 years with the Walt Disney Company in Orlando and in Paris, France, Service Recovery has become second nature to me, and I am never surprised anymore. Boy, I could tell you stories!

Over those years of helping to entertain 25-35 million people a year, what I learned most from the Mouse was this: at the end of the day, what story did that guest end up telling when they got home? Guests intending to return or influence others to visit was the holy grail to Disney executives.

Sure, everyone makes mistakes, that’s human. But how do you solicit those mistakes and rectify them so that the story is now possibly better than if there were no mistake at all?

The very worst thing that can occur in any one guest experience is a bad experience story being told over and over again.

A very close second to that bad experience is nothing at all. Where the experience is so luke warm that when someone asks, “How was your flight?” you reply, “Uneventful”. You might have been speaking about the lack of weather delays, lost baggage, or the lack of any personal attention to detail. “Uneventful” does not create loyalty and does not drive return visits or intent to refer new business.

So, How Do You Find Your Mistakes?

Most people don’t take the time to write a letter or complain at all… 7 out of 10 people leave your business without telling you why.

How do you seek out complaints? Now that is an art. No one was better at that than George Miliotes, previous GM of Disney’s California Grill in Orlando. Instead of doing the manager drive-by (Disney-speak for a quick walkaround or “rounding”), George would first introduce himself as the GM and ask for permission to ask about the meal. He would kneel at eye level, spend less than 30 seconds, ask three very specific questions about your food, the wine, and the wait staff. And then he would solve or help fix any concerns. His goal in service recovery was not satisfaction, it was advocacy.

At every pre-shift meeting he would ask the staff to share the “guest situations” from the previous night’s meals, but would ask them not to share how they fixed it until the rest of the staff could brainstorm possible solutions. This created a safe environment to share mistakes and create terrific recoveries. George thought a small percentage of service recovery was a healthy piece of business. He found that a significant amount of his most loyal customers and those who refer the most business, first started out as “a complaining guest in his restaurant.”

If your customers go home mad, it is not only too late, but they will tell many people their story. If you can catch them before they leave you, fix it, and make it better – Now they’re telling your story!