It’s Not The Doctor’s Fault – It’s The Culture 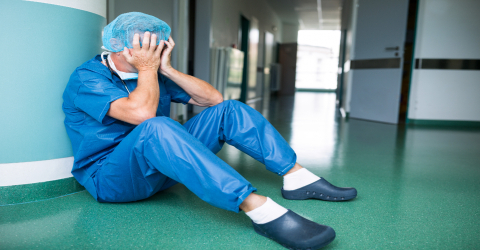 There’s never a justification for rude behavior toward a patient. But if we look closer, sometimes there’s an explanation.

A video recently surfaced of a doctor who mocked and dismissed the symptoms of a teenage patient who came to the ER after suffering an anxiety attack and collapsing at his basketball practice. Instead of listening to him, the doctor mocked him and immediately jumped to the conclusion that he was just looking for drugs.

Now, of course, we don’t know the backstory here. But based on what we do know, it appears there are two victims. First, the patient. He certainly did not receive the care and treatment he deserved. But just for a moment, let’s think about the doctor as a victim too. Why did she act out the way she did? I can’t imagine this is an isolated incident. My thought is that her behavior, while inexcusable and certainly unprofessional, is a direct reflection of the failure of her work environment.

I could be wrong, but my best guess is that this doctor is overworked, highly stressed, and fed up with a system that she may feel has let her down. Stress and burnout are real problems among healthcare providers. And when you have a culture of ambiguity where employees don’t feel as though their peers and supervisors have their back, the result is increased stress, burnout, and fatigue. If the employee experience drives the patient experience (and we know it does), then all of these things add up to the perfect storm for a bad patient experience.

So what’s the solution? Well first, it starts with a close examination of the organization’s culture. We know that an explicit organizational culture, designed with intention, by us and our patients, for us and our patients, is key. Why? Because when employees are involved in the design of the organization’s culture they have authorship. This authorship leads to ownership, which means they’re more likely to abide by the standards they’ve defined and they’re more likely to hold one another accountable in the absence of a leader.

The article states the doctor no longer works at that ER. And I suppose that’s a good thing for patients and for her. But what happens to the ER now? Will they just write this off as a one-time incident? Or will they flip the lens and take a look at how the employee culture may have contributed to this horrible situation?