Why Do Patients Sue Doctors? 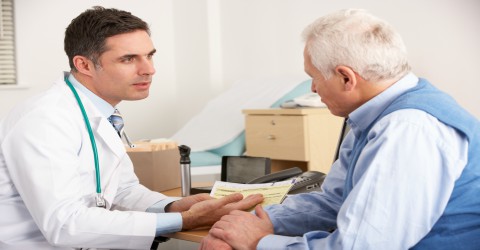 There is both anecdotal and data-driven evidence as to why patients sue. But I have a hunch.

It’s because they feel slighted. Ignored. Talked down to. Brushed off.

These things don’t always happen intentionally, but they do happen.

My little anecdote goes all the way back to the mid 1980s, so bear with me.

I was a high school freshman and my parents, sister and I shared a two-family home with my grandparents in the suburbs of Boston. They lived upstairs. Both my grandparents were heavy smokers, and although they would both eventually die from their habits, it was my grandfather who was first diagnosed with lung cancer.

The news was devastating, but alas, not entirely shocking. When chemotherapy and radiation treatments began our entire family life was turned upside down. Most days after school, my sister and I climbed into the backseat of our station wagon for the long drive on 93-South to Mass General Hospital to visit my grandfather.

What I didn’t realize back then was how very angry my grandmother was. Evidently, a few months before her husband was diagnosed with stage four lung cancer, she and had accompanied him to his local, primary care doctor for what he thought was flu-like symptoms.

They’d been married for 47 years. She knew her husband. And she insisted something wasn’t quite right.

But the doctor didn’t listen to her concerns. In fact, he dismissed her. With a wink and a nod and a shoulder slap, he told my grandfather to get some rest and have a couple of stiff drinks to kill the flu virus.

While they laughed, my grandmother fumed.

A few weeks later, he received the fatal diagnosis and soon after the regimen of poison and toxins began. Four months later he was dead. My grandmother was a widow.

As I said, this was the mid-1980s, long before the Internet and social media. But my Irish grandmother was incredibly adept at spreading the word about the negligence of this primary care doctor. She wasted no time and no opportunity to tell everyone she encountered how rude he had been to her.

Sadly, her health began to deteriorate soon after and she was in and out of the hospital with pneumonia and other ailments. I remember a dinner table conversation where someone in the family asked her why she was so angry “after all this time” and what was it that she really wanted?

My grandmother calmly put down her silverware and the room grew silent. With gritted teeth she said, “I never got an apology. That doctor didn’t care about Paul or me. And I will never forgive him.”

She never felt completely vindicated for the circumstances surrounding his death.

My grandmother was smart. She knew my grandfather had reaped the years and years of heavy smoking and drinking that he had sown. And although the initial news had been devastating, she was not entirely shocked by the cancer diagnosis. But her pain came from the kind of scars you can’t see with your eyes. Her heart hurt. She felt denigrated, insulted and ignored by the doctor. And that was enough to fuel her rage and the catalyst that would lead her to eventually sue him.

A study from a few years ago about why patients sue doctors offers some insights that are not very different from what my grandmother felt and experienced. She wasn’t suing to recover millions of dollars in “pain and suffering.” She sued because she felt there was no accountability. No compassion. No apology. And she carried that anger with her for years.

Imagine how different this story could have unfolded had the doctor either listened to my grandmother in the beginning or (at the very least) apologized for his misdiagnosis later on? Would that have changed the outcome? No. My grandfather had cancer that was in such advanced stages that treatment was more painful and harmful than it was effective. But could an apology or some other kind of sincere communication have taken away some of the pain my grandmother felt (and carried)? I believe it would have.

My grandfather didn’t die because of a misdiagnosis. The doctors at Mass General told my family that the cancer had been in other organs for quite awhile before outward symptoms appeared. However, the demeanor of that doctor and the way he treated my grandmother had a powerful effect on how they both lived out his final few months. Instead of cherishing their last moments, they often rehashed the story, saying “what if…”

As patients and family members, we know that doctors, nurses, and other caregivers are human. We expect perfection and we expect them to be able to diagnose, treat, and even cure our every ail. But that is unrealistic. We elevate doctors and nurses to superhuman status but that puts an incredible burden on them to be, well…superhuman. That’s not fair to them or to us. Doctors and nurses and others will make mistakes and of course there are many valid reasons why patients sue. But I truly believe that patients are inclined to forgive a medical mistake or error (even the big ones) if they feel they’ve been treated with compassion and empathy.

My grandmother carried a bitterness with her whenever she saw that doctor. It affected her deeply. It’s an understatement to say she resented the hell out of him. Her experience with that doctor profoundly affected our family. And I suspect it’s the reason why the circumstances surrounding my grandfather’s cancer diagnosis, treatment and death still has this lingering footnote at family gatherings all these years later.