Stories Can Change Your Life by Chris Thrash

Home/Blog Posts/Stories Can Change Your Life by Chris Thrash 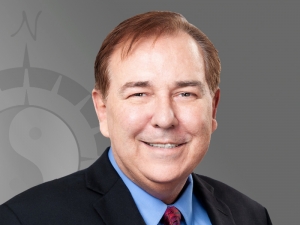 Stories Can Change Your Life

When I was in third grade, Mrs. Blevins called me up to her desk from where I was seated in the very back of the room. I was a very shy and reserved 9-year-old boy.

Mrs. Blevins said, “Chris, we have a competition at our school called Storytelling and I want YOU to represent our class in the school-wide competition.” I quietly responded, “What do you have to do?” She said, “You’ll go into a room with three judges, they will read you a story, and after they’ve finished, you’ll repeat back to the judges that same story from memory with as much excitement and expression as possible.”

I asked, unbelievably, “You want me to do that????” Mrs. Blevins said, “I think you’ll be terrific!”

I don’t think Mrs. Blevins really knew a lot about my life outside the classroom. Growing up, I was raised in an abusive, dysfunctional family. From the time I was four until I was six, I spent most days in the doghouse in my backyard with “Popcorn” and her seven puppies. When the screaming was loud inside my house, I would hide in the doghouse and spend time with these wonderful, loving pups I had made my family.

When I started school, I was so shy and introverted that I became easy prey for bullies. Spending recess time on the playground was the most terrifying part of my day. I was scared to death to play football with the other boys and too shy to really talk to anyone else. Most days, I stood at the edge of the school building hoping no one would notice me or try to beat me up.

After convincing me to represent Mrs. Blevins’ class, I won first place in the school-wide competition. Then, at the district speech meet, I won a first place blue ribbon! I was so proud of that blue ribbon. I wore it to school every day with it tied around the button on my shirt and soon after, one of the most life-changing things happened.

Our principal, Mr. Settles, called me to the front of the cafeteria during lunch one day. He announced loudly to all of the students, “Hey everybody, I want to call Chris Thrash up to the front!” My heart was pounding furiously, wondering what was about to happen. Mr. Settles said, “I just wanted to let all of you know that Chris represented our school at the district meet in Storytelling and he won first place! I think we should give him a standing ovation!”

Standing to their feet and clapping for me were many of the bullies I had feared so much over the years. I knew this was definitely the greatest feeling of my whole life. I hadn’t really ever known the awesome feeling of being recognized and rewarded, especially by a large audience. Mrs. Blevins introduced me to the art of storytelling in third grade. That experience of loving speaking and acting in theater would carry me through my elementary school days all the way through college as a member of the speech team at Southern Methodist University.

And thanks to Mrs. Blevins, I’m still a storyteller today.

I am blessed with the opportunity to share my stories with nurses, physicians, and allied health members. However, these stories have the impact of improving the patient experience and encouraging leaders to engage their team members in providing the best patient care possible every day.

In the hospital setting, it’s a powerful thing when you can incorporate storytelling into your work on an ongoing basis. Share with your team the stories patients and families have told you about their care. Tell stories at your huddle meetings that will inspire ignite, and engage your team members to be the best they can be. Stories change lives in so many ways where we work, where we live, and where we dream to be.

In 2010, I had the opportunity to travel back to my hometown in West Texas and speak at a Chamber of Commerce banquet. I surprised Mrs. Blevins by inviting her to the banquet where she was the guest of honor. It felt great to share what a difference she had made in my life at such a young age. I think of this story often and I’m filled with gratitude for her belief in me.

So tell me. Is there a teacher, coach, mentor, relative, or friend who encouraged you along the way to be your best? Have you ever gone back and thanked them in person to let them know how much you appreciate them?