The Art of A Sincere Apology (Inspiration From Ben Franklin)

The Art of A Sincere Apology (Inspiration from Ben Franklin) 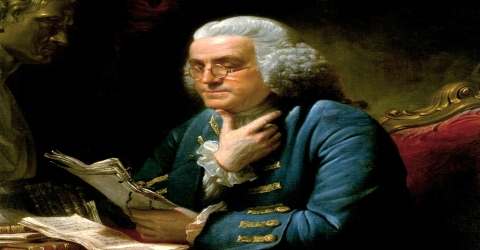 “Never ruin an apology with an excuse.” – Ben Franklin

Today is the birthday of one of my favorite Founding Fathers, Ben Franklin. He’s known for so many things (did you know he invented bifocals? The country’s first lending library? And a flexible urinary catheter? All true!)

In addition to his many inventions, Franklin was also a prolific writer and timeless thought leader. He offers words of wisdom on how to live a good life and one of his most famous phrases is “Never ruin an apology with an excuse.”

Think about that for a second. Franklin is trying to tell us not to muddy our attempts at asking for forgiveness by tossing up pointless excuses.

I would take Franklin’s wisdom and add one small twist.

In other words, when it comes to Service Recovery a simple apology is best. It’s clear and to the point. And, when done well, it effectively communicates the heartfelt sentiments of the offender to the offended. But! Imagine how much more powerful and impactful an apology could be when we not only apologize but we make an empathic connection with the other person and offer a solution as to how this will be prevented in the future?

You break a dozen eggs while putting away groceries. I’m so sorry I made a mess. I’ll be more careful next time…

You break a piece of your mother’s heirloom china. I’m so sorry. I know how much this meant to you. Let me try to fix it…..

People that work in the customer service industry (and really, that’s most of us), know things sometimes go wrong, which means damage control is part of the job.

A sincere apology is always a good first step. But consider what else you can do to make the situation better. Is it fixable? Then fix it! If it’s not fixable, what else can be offered in its place?

Good restaurants will take something off your bill. Cafes may throw in a pastry if there was a delay in fulfilling your order. An online company may waive shipping charges. What can your organization do in a way that honors the patient or the customer, doesn’t cost too much, and is easy for most anyone on your team to do?

Franklin is right, the very worst apologies are ruined by excuses. But I would argue that the strongest and sincerest apologies come from a place of empathy and offer a solution to make things right again.