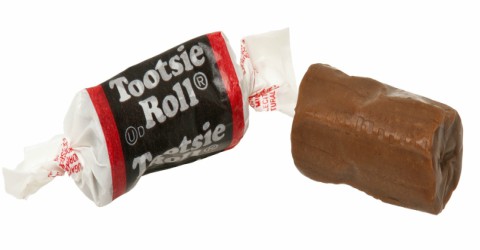 My wife and I recently joined a new gym.  I won’t name the chain, but one of their little touches is to have a bucket of tootsie rolls at the exit for a treat to reward you for your workout.  Nice touch, right?

Only sort of.  When the people who created this gym chain came up with the tootsie roll idea, they didn’t finish their thought.  The great part of the thought was that it was something inexpensive but that showed a little extra for their members.  What did they forget?  They forgot about the entire experience.

But there is a third moment in the tootsie roll experience:  The wrapper.  By the time the gym member grabs the tootsie roll and unwraps it, she is out the door.  Her hands are full with a phone, keys, maybe a towel and other things.  So what happens to the wrapper after she eats the candy?

Judging by the outside of my gym, she drops it on the ground.  This morning there were at least 50 tootsie roll wrappers laying on the ground.  That is not a small detail.  The end result of that clutter is that the gym looks dirty, and it tells potential customers that this is the kind of place where it is okay to drop trash on the ground.  Who wants to workout in a trash dump?

That third touchpoint is as important, if not more important than the fact that they have the tootsie rolls in the first place.  At the very least, the gym should have conspicuous trash cans directly in every path to the parking lot.  They currently only have one can over to the left side.  Not surprisingly, most of the tootsie roll wrappers on the ground are over to the right.  Furthermore, it needs to be a standard operating procedure to have a team member go outside every hour and sweep up tootsie roll wrappers.

One of 50 wrappers on the ground outside the gym this morning.

Without these extras, the end result is that a member (my wife) was outside this morning picking up wrappers off of the ground because she just couldn’t stand it.  The good news there is that she feels enough loyalty that she wanted to make “her gym” look less cluttered.  The bad news is that her impression of the place and her loyalty is diminished.  After all, if the people who go to that gym are the kind of people who drop wrappers on the ground, what does that say about us?  Are we that kind of people too?  And if not that kind of people, are we going to the wrong gym?

The bottom line is that, as we say, “everything speaks.”  A tootsie roll is a small detail that ends up saying a lot about your business.

I’d love to hear your thoughts. Email me at eric.kidwell@wecreateloyalty.com